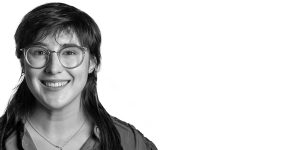 Julianne Wagner is a 2014 graduate of New York University’s Gallatin School of Individualized Study, with coursework straddling popular music history, philosophies of listening, mass media as tied to the classics, and far more painfully hybridized critical theory. Throughout her collegiate career, she acted as station manager and DJed at WNYU 89.1 FM. Prior to CoveyLaw, she worked as a record clerk at the library-like, now-defunct Kims Video and Music. Hailing from the Silicon Valley foothills, raised on Jefferson Airplane & Dick Dale, she has confronted a recent epiphany that not all computer music is bad.