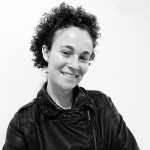 Prior to joining CoveyLaw, Shayna represented immigrants before federal appellate and state courts, and immigration tribunals, in New York, Boston, Los Angeles, and San Francisco.  She and her law partner convinced a three-judge panel of the Ninth Circuit to grant a detainee a final shot at relief from deportation.  She also won asylum for adults and unaccompanied minors from Mexico and Central America, fleeing domestic and gang violence.  Finally, she served as Massachusetts Bar Foundation Fellow at the Harvard Legal Aid Bureau, representing clients (most of whom were non-English-speaking immigrants) in employment and family law matters.